Medicare Part B is the other half of Original Medicare. Part B is basically medical insurance. It provides insurance for outpatient medical care such as doctor visits, preventative services, ambulance services, mental health costs, and the cost of durable medical equipment. Under Part B insurance, in most cases you will pay 20% of the Medicare-approved amount for each item or service.

Medicare Part B in general covers, but it`s not limited to, next services and items:

On the other hand, there are some services that Part B does not cover, but Medicare Advantage plans do, including:

Legal and permanent residents of the United States for at least 5 years in a row can also qualify for Part B. Finally, you can apply for it if ypu have been diagnosed with End-stage renal disease (ESRD) or Amyotrophic Lateral Sclerosis (ALS).

Person under the age of 65 with certain disabilities that harden normal life and requires high care and attention can apply as well.

Beneficiaries who do not file an application for Medicare benefits during their initial enrollment period could be subject to the Part B late-enrollment penalty.

Special enrollment period may qualify you to enroll Medicare Part B if you were employed by a company that had more than 20 employees when you turned 65 years old and had health insurance through your job, union, or spouse.

Medicare Part B requires you to pay a monthly premium, given based on your adjusted gross income together with a yearly deductible before coverage begins.

You are also responsible for paying part of the costs that Part B does not cover. So your costs if you enroll in part B will include Medicare Part B monthly premium, coinsurance (part od the cost that Medicare does not pay) and yearly deductible.

The standard monthly fee for Part B is $170.10 in 2022. It is higher for recipients who have higher incomes. The annual deductible for Part B is $233 in 2022. In addition, the patient pays 20% of the bill as a coinsurance payment.

and how you can avoid them 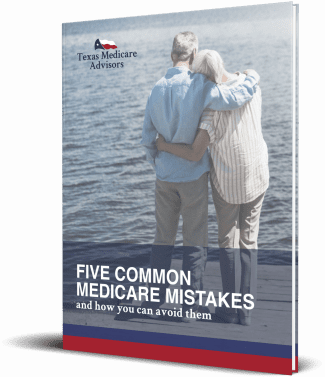 For more information about asset based long term care, reach out to Texas Medicare Advisors today.

Complete the form to instantly get access to our free book.