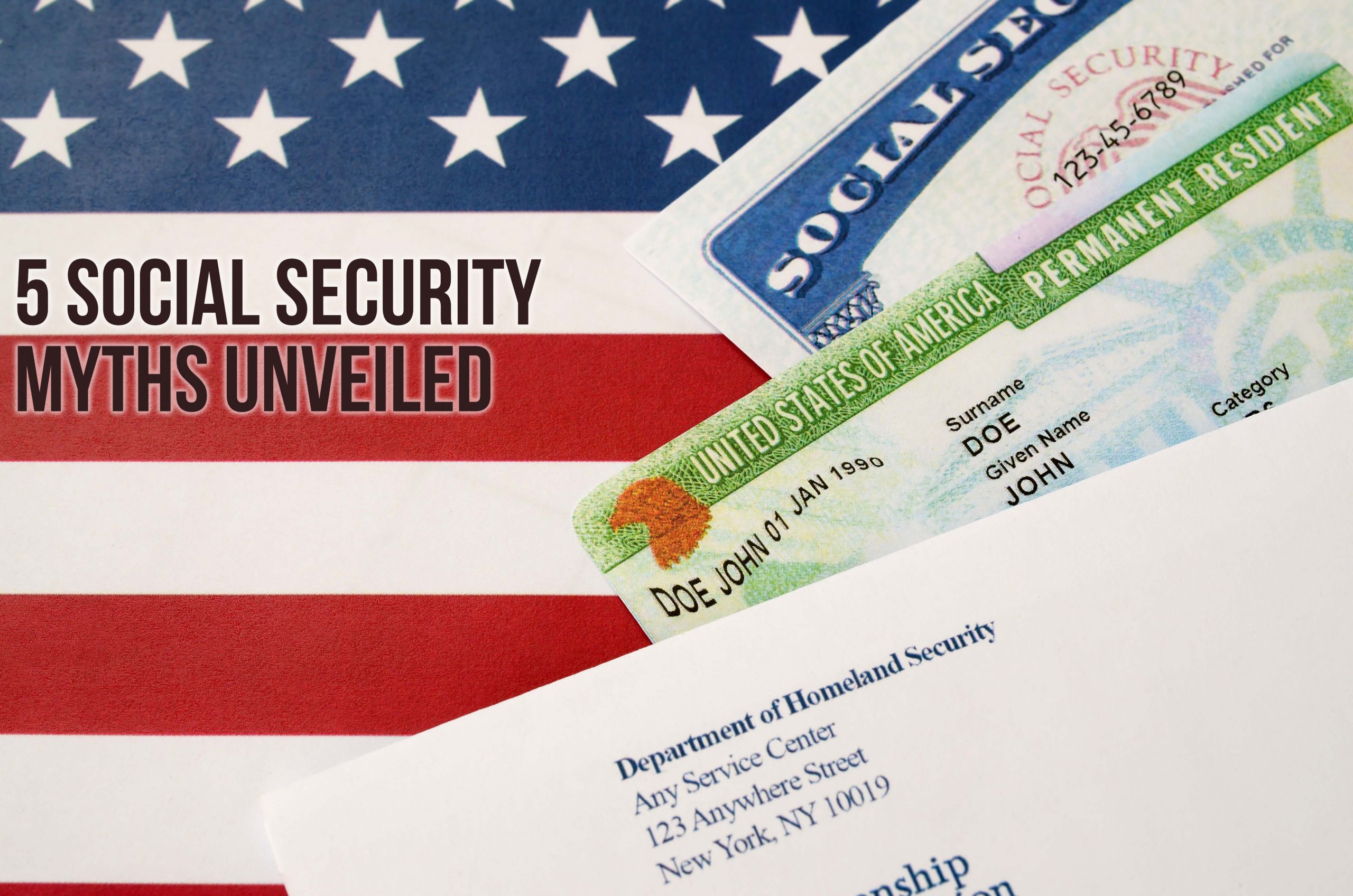 There are many myths surrounding Social Security. With 65 million retired Americans drawing monthly benefits to the tune of $93 billion each month, it’s important to understand Social Security and dispel the misconceptions.

Social Security Is Going Away

This is probably the most common misconception about the Social Security program. This does have a glimmer of truth in it, but let’s talk about why this myth exists and why it’s not true.

The Social Security program is a pay-as-you-go service. Individuals who are currently paying zin FICA (Federal Insurance Contributions Act) and SECA (Self-Employed Contributions Act) are contributing to the benefits that are being sent to current retirees. As long as there are individuals paying payroll taxes, there will always be funding coming in.

Now, here is where the glimmer of truth shines through. There are currently more benefits going out than coming in. Up until 2020, there was actually a $2.9 trillion surplus of funds. However, there are more people retiring than there are people joining the workforce. Plus, those retirees are living longer. At this pace, Social Security could face funding issues by 2034.

This is not the first time this has happened. The same issue surfaced in 1983. Changes were made to the program to resolve the problem. Those changes included increasing the tax rate as well as the full retirement age. Congress will need to decide how to resolve future issues.

This is a myth that needs to be squashed as it harms so many people in retirement. Social Security is not meant to cover every expense you may have during retirement. On average, it will only replace about 40% of your preretirement income.

Remember, your current payroll taxes actually go towards current retirees – they are not saved specifically for your retirement. Individuals who are paying taxes during their retirement years will be contributing to your retirement benefits. Plus, your benefits are not based on what you paid into Social Security. They are based on the amount you earn while working.

Once you reach retirement age, your benefit amount is calculated using a weighted formula. Those who earn less will have more of their preretirement income covered than those with much higher incomes. Everyone should employ other investment strategies outside of Social Security to save for retirement.

This is another myth that is understandable as it used to be true! We briefly mentioned the changes that occurred in 1983 and 1984 to help fund the Social Security program. One of those changes included the taxation of Social Security benefits.

Social Security Benefits Are Increased Each Year Through the COLA

COLA increases are based on changes in the Consumer Price Index for Urban Wage Earners and Clerical Workers (CPI-W). The program looks at the percentage increases from the third quarter of one year to the third quarter of the next year. If there is an increase, Social Security benefits will be raised. If there isn’t, as has happened three times over the years, benefits will remain the same.

These aren’t the only misconceptions surrounding the Social Security program, but we hope it gives you a little more understanding of how the program works and what you can expect in future years.